Walid Regragui is thrown in the air at the end of the World Cup round of 16 match between Morocco and Spain, at the Education City Stadium in Al Rayyan, Qatar, on Dec.6. AP

Morocco will have the backing of an entire continent when they attempt to become Africa’s first World Cup semi-finalists by beating Portugal on Saturday, said coach Walid Regragui.

The North Africans will take on Portugal at Al Thumama Stadium as the first Arab nation to reach the last eight after beating Spain on penalties in the last 16.

A World Cup semi-final against either England or France is up for grabs, alongside a place in the history books. Cameroon in 1990, Senegal’s 2002 side and the 2010 Ghana team all fell at the quarter-final stage.

“We have a whole people behind us, a continent behind us and the Arab world behind us. That’s a lot of energy behind us. We’re going to try and do everything we can.” 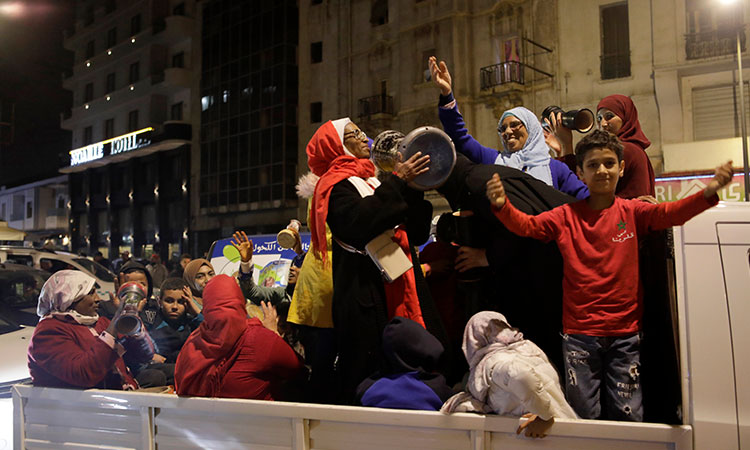 “We can do it, we can make history again. It (the support) can push us, help us actually to play with this pressure, not to make any mistakes.”

Morocco have the best defensive record in the tournament, having conceded only one goal in their four matches. But Regragui warned: “We can’t rest on our laurels. We haven’t got carried away, we’ve just surprised a few people and a few algorithms who expected Belgium or Spain to be in the quarter-finals.”

Cristiano Ronaldo was a surprise omission from Portugal’s starting XI for their match against Switzerland in the last 16, with his replacement, Goncalo Ramos, scoring a hat-trick in a 6-1 win. But Regragui would prefer to see the Portuguese teamsheet without the name of international men’s football’s greatest goalscorer.

“They’re going to be fresh,” he said. “I don’t know if Ronaldo’s going to play, but I hope he doesn’t. I know he’s one of the best players in history so I don’t want him to play.” 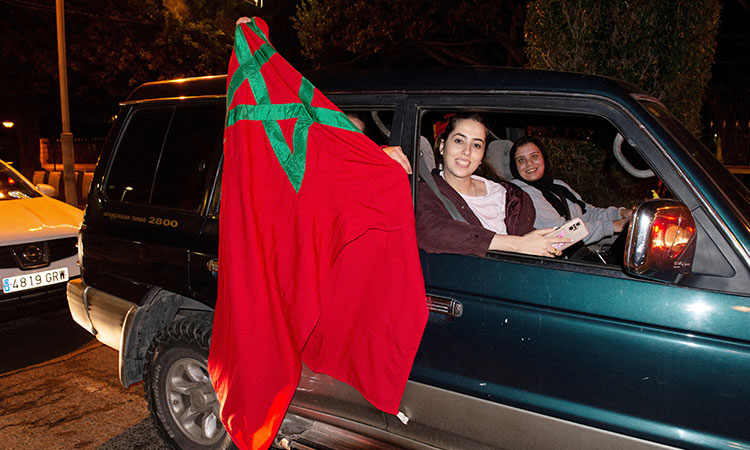 Morocco’s success in Qatar has sparked celebrations back home, but also in several European countries where the Moroccan diaspora live.
Fourteen of Regragui’s 26-man squad were born outside the African country.

Morocco have had a series of injury concerns, with full-backs Achraf Hakimi and Noussair Mazraoui playing despite not being fully fit.

Centre-back Nayef Aguerd hobbled off injured in the Spain match but could be ready to play on Saturday.

“Lots of injuries, people sick. We’ve played lots of games without people 100 per cent,” said Regragui. “I’m proud for that because nobody has seen Morocco at 100 per cent power. Aguerd is waiting tomorrow to see if he can play or not.”