From left: Daniil Medvedev of Russia, Victoria Azarenka of Belarus and Andrey Rublev of Russia. File

Tennis players from Russia and Belarus will not be allowed to play at Wimbledon this year because of the war in Ukraine, the All England Club announced Wednesday.

Among the prominent men’s players affected by the ban are reigning U.S. Open champion Daniil Medvedev, who recently reached No. 1 in the ATP rankings and is currently No. 2, and No. 8 Andrey Rublev. The women’s players affected include No. 4 Aryna Sabalenka, who was a Wimbledon semifinalist last year; Victoria Azarenka, a former No. 1 who has won the Australian Open twice; and Anastasia Pavlyuchenkova, the French Open runner-up last year.

Medvedev, Rublev and Pavlyuchenkova are from Russia; Sabalenka and Azarenka are from Belarus.

The Women’s Tennis Association (WTA) has said it is “very disappointed” with the decision to ban Russian and Belarusian players from this year’s Wimbledon tournament.

In a statement, the organisation said it was now “evaluating its next steps and what actions may be taken regarding these decisions.” 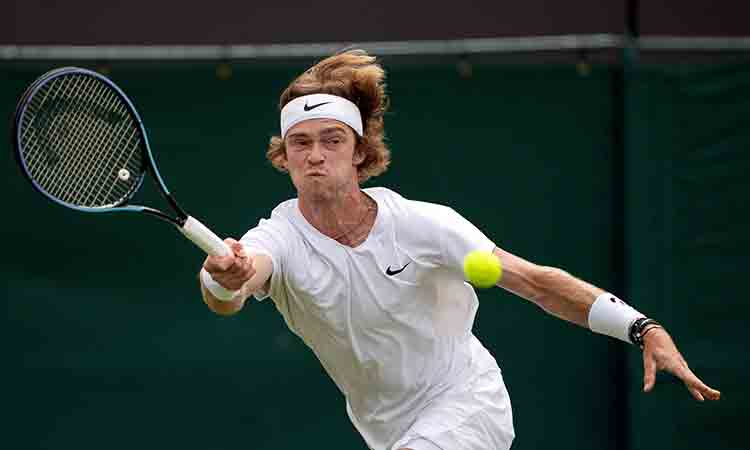 The ATP, which runs the men’s tour, has also criticised the decision from tournament organisers, the All England Lawn Tennis Club (AELTC).

Wimbledon begins on June 27. The All England Club confirmed in March that it was having discussions with the British government about whether Russians should be able to play in the grass-court Grand Slam tournament.

“It is our responsibility to play our part in the widespread efforts … to limit Russia’s global influence through the strongest means possible,” the All England Club said in a statement first posted on Twitter.

“In the circumstances of such unjustified and unprecedented military aggression, it would be unacceptable for the Russian regime to derive any benefits from the involvement of Russian or Belarusian players with The Championships.”

Russian athletes have been prevented from competing in many sports following their country’s invasion of Ukraine. Belarus has aided Russia in the war.

Soccer, figure skating and track and field all banned Russian and Belarusian athletes and teams from their events because of the war. The Russian men’s national soccer team was excluded from last month’s World Cup qualifying playoffs, forcing them to miss a chance to reach this year’s tournament in Qatar. 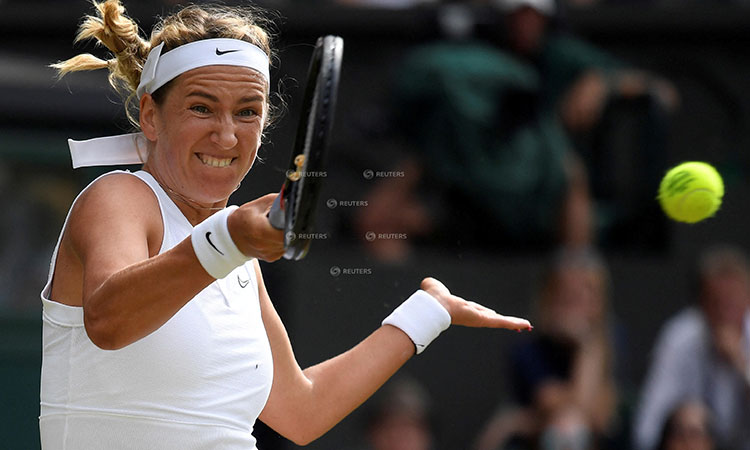 Wednesday’s move signals the first time a tennis tournament has told players from Russia and Belarus they are not welcome – and the ATP was quick to criticize the All England Club for what the men’s tennis tour called a “unilateral decision” and “unfair.”

“Our sport is proud to operate on the fundamental principles of merit and fairness, where players compete as individuals to earn their place in tournaments,” the ATP said in a statement, adding that the decision “has the potential to set a damaging precedent for the game.”

The WTA also said it was “very disappointed” with the decision.

“As the WTA has consistently stated, individual athletes should not be penalized or prevented from competing due to where they are from, or the decisions made by the governments of their countries,” the women’s tour said in a statement. “The WTA will be evaluating its next steps and what actions may be taken regarding these decisions.”

The seven groups that run the sport around the world decided March 1 that players from those countries would be allowed to compete in WTA, ATP and Grand Slam tournaments but not under the name or flag of Russia or Belarus. 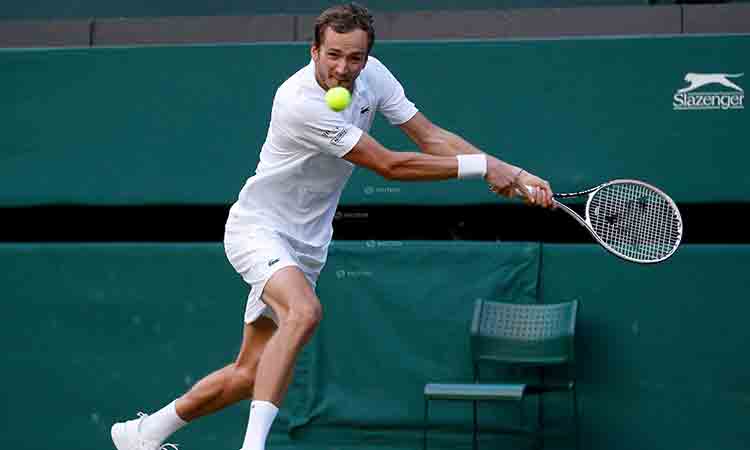 Those two nations also were kicked out of the Billie Jean King Cup and Davis Cup team competitions; Russia had been the reigning champion in both.

The French Open, which starts on May 22, will be the first Grand Slam tournament held since Russia invaded Ukraine in February and is expected to permit Russian and Belarussian players to compete – just as so-called “neutral” athletes who may not represent their countries.

The US Tennis Association, which runs the US Open, said on Wednesday it has not made a decision about whether players from Russia and Belarus can compete at the year’s last Grand Slam tournament, which begins on Aug. 29.

The All England Club said that if “circumstances change materially between now and June,” it would “respond accordingly.”

“We recognise that this is hard on the individuals affected, and it is with sadness that they will suffer for the actions of the leaders of the Russian regime,” All England Club chairman Ian Hewitt said.

“We have very carefully considered the alternative measures that might be taken within the UK Government guidance but, given the high profile environment of The Championships, the importance of not allowing sport to be used to promote the Russian regime and our broader concerns for public and player (including family) safety, we do not believe it is viable to proceed on any other basis at The Championships.”

Some current and former tennis players from Ukraine – including two-time Grand Slam semifinalist Elina Svitolina and the recently retired Sergiy Stakhovsky – put up a statement on Twitter on Wednesday that called on the WTA, ATP and International Tennis Federation to ask players representing Russia and Belarus whether they support the invasion of Ukraine.

“In times of crisis, silence means agreeing with what is happening,” the posts said.

“We noticed that some Russian and Belarusian players at some point vaguely mentioned the war, but never clearly stating that Russia and Belarus started it on the territory of Ukraine.”