He took up exercise seriously almost all his life, but mountaineer Yousef Al Refaie has taken it to the next level, setting a Guinness World Records title for being the youngest person to climb the Seven Volcanic Summits at 24 years and 119 days.

Al Refaie is not only 24 but he is also the 24th globally to climb each continent’s tallest volcano. Notoriety is not the key component here as ascending the seven calderas is a very rare achievement, so becoming the youngest person to complete the circuit is even rarer feat.

“You came from the desert, I wouldn’t think you will be able climb the highest mountains” is what kept pushing him toward his goal that started as a normal tourist trip on December 30, 2015 to Mount Kilimanjaro in Tanzania.

Made in UAE brand set to headline Dubai Fashion Week

Living with Harmony in A traditional vastu Home 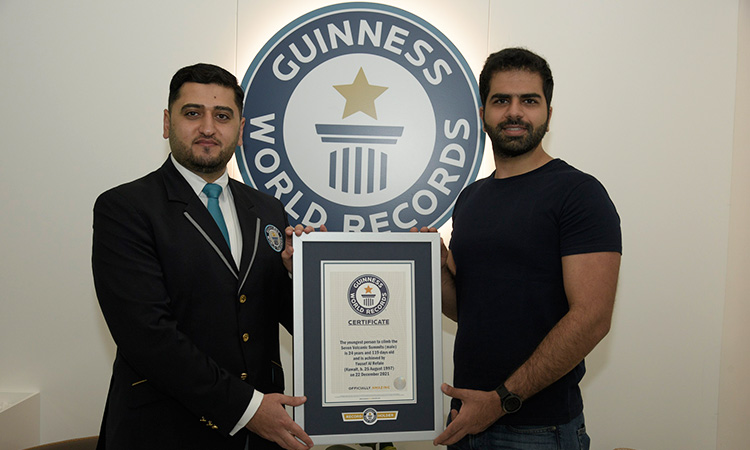 Speaking with Guinness World Records, Al Refaie described the difficulty of ascending Mount Sidley at 4,285m, a dormant volcano in Antarctica’s Marie Byrd Land, mainly because of carrying a 15,000 weight on his backpack and the other 25,000 pulling on a slide.

Al Refaie previously attempted the world record of the fastest time to climb the highest points in all Arabian Peninsula countries, but similar to many other applicants, he was not allowed into Yemen to complete the feat.

Marie Byrd Land is one of the largest uninhabited areas in the world, and it does not have basis or camps, so reaching the highest volcano in such an area was the toughest among all other summits. It cost Al Refaie and his friends around $60,000 to mount this summit.

“With a cost of around $60,000, and eight other people on my side, I was able to complete the Sidley mount. We were able to see sunlight, but the temperature was around -35˚C,” he added. 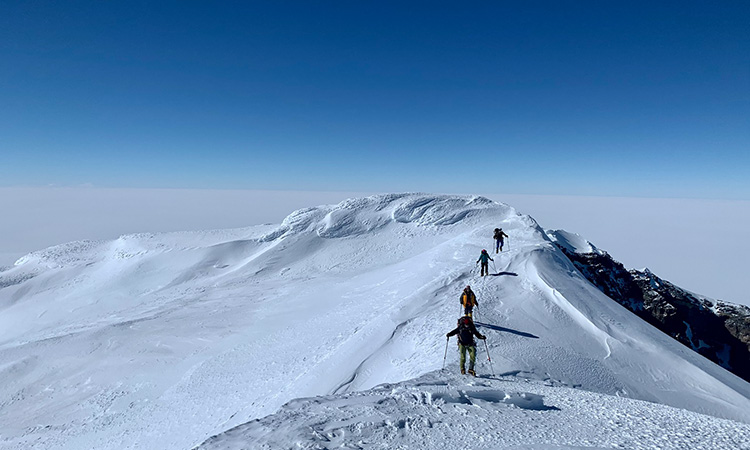 Each team member was carrying their own food, and eating at least three times a day, yet still constantly losing weight. “We carried 27 meals each for this trip. Food alone was about 10kg in total. It was mainly dehydrated meals that are high in calories.”

It took the team seven hours to push from their camp at 3,000m to the crest of the caldera. Of course, not all the ascending missions cost the same, and the range is never consistent. For instance, reaching Mount Damavand in Iran costed no more than $1,000, while the others cost almost everything between $2,000 and $10,000.

“Planning is key. Everyone one was assigned for a mission, some are dedicated for digging, while others for tasks like cooking and camping. You need very disciplined people around you to complete this trip.”

Inspired by Mohammed Burbayea, the Guinness World Records title holder for the Most IJSBA World Championship wins (male), Youssef is willing to take the next challenge in November crossing the largest deserts in the world, starting with the Empty Quarter in the region. “I am thinking of crossing The Empty Quarter through a new route.”

Two other summiters have reportedly completed the relatively young circuit in January 2022 following Al Refaie’s achievement, bringing the total to 26 mountaineers, yet the Kuwaiti national is still the youngest to do it.

“When I first asked my mom for the Guinness World Records Book as a kid, she told me she would only buy it if I had something amazing to make my way into it. I really don’t know if she meant it that time, but here we are living the dream. My message to those who try and fail, get inspired by people who did it before and never give up. Amazing will find its way to you one way or another.”