Indian filmmaker-choreographer Farah Khan Kunder has been feted with the UAE Golden Visa.

Farah took to Instagram, where she shared her excitement for getting the honour. She revealed she received the Golden ticket for her contribution to Indian cinema, achievements in films and for the connect her 2014 film ‘Happy New Year’, starring superstar Shah Rukh Khan, has with Dubai. 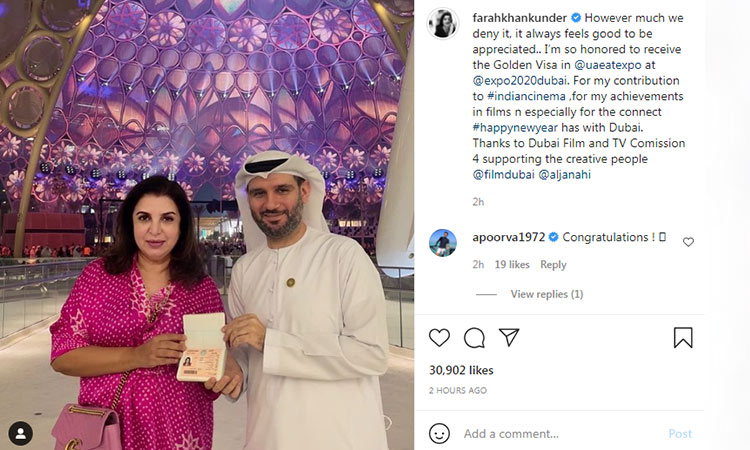 She shared a picture posing with her Golden Visa and wrote: “However much we deny it, it always feels good to be appreciated … I’m so honoured to receive the Golden Visa in @uaetexpo at @expo2020dubai.

“For my contribution to #indiancinema, for my achievements in films n especially for the connect #happynewyear has with Dubai. Thanks to Dubai Film and TV Commission 4 supporting the creative people @filmdubai @aljanahi.”

Dubai’s Union Coop to list its shares on DFM