From card games to horse rides, women in Gaza are spending their summer nights outdoors to seek solace from daily hardships in the Palestinian enclave.

“We wait for the sun to be gone to escape to the sea,” said Yusra Hmedat, 43, while playing cards at a beachfront cafe in Gaza City.

“Women leave their houses, from the pressures of life, and try to stay out as long as possible,” said the civil servant, as she put her cards in order.

“Women try to adapt and overcome the circumstances more than men,” said the 66-year-old.

In another cafe northwest of the city, housewife Umm Saeed described her nightly rendezvous as a way of coping with the impact of repeated wars between Palestinian militants and Israel.

“We try to overcome the stresses by going out, sharing our concerns and sympathising with one another,” she said.

“You see people laughing, but from within everyone is devastated, psychologically.” 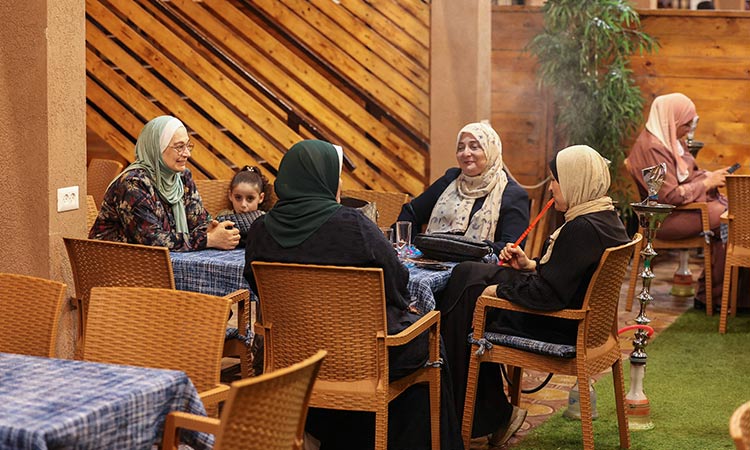 Umm Saeed said she spends all of her disposable income at the cafe, amounting to around 15 shekels ($4.50) a day.

But with Gaza’s unemployment rate hitting 47 percent last year, according to the Palestinian Central Bureau of Statistics, such outings are an unaffordable luxury for many.

At Al-Shati refugee camp, which overlooks the sea, Faten Abdul Rahman instead sits outside with her daughters and neighbours.

“The majority of women in the camp gather together at the door of their homes because of the poor economic situation,” said Rahman, who relies on social welfare to support her seven children.

“The heat is unbearable at home. We spread out a sheet and sit with guests on the beach, which is the only free entertainment,” she added.

Switching on fans or air conditioning is often out of the question in Gaza, where residents received an average of 11 hours of electricity a day last month.

Women like Umm Jaber Abu Assi minimise their spending by heading to the park, bringing homemade pastries and renting a chair for a shekel. 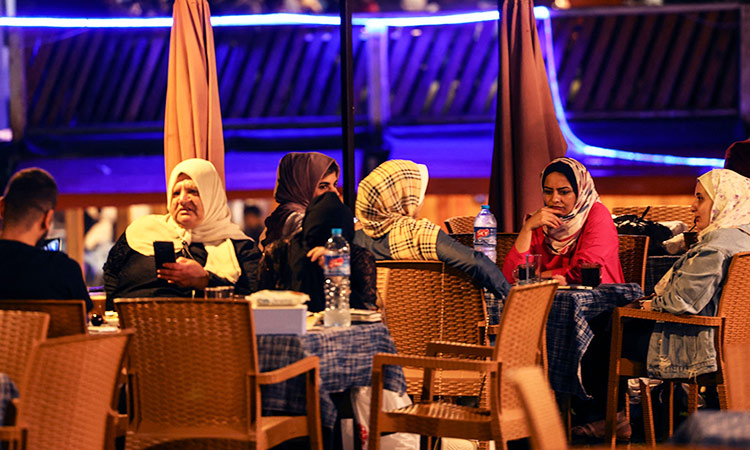 “Women leave their houses, from the pressures of life, and try to stay out as long as possible,” said the civil servant. AFP

“If we went out to the sea I would need to pay more,” she said, as crowds of women and children gathered at the park to the west of Gaza City.

“There’s a lack of options in Gaza; leaving the house (makes us) feel that we’re human,” said the 43-year-old, who sometimes faces criticism for getting home after midnight.

“I don’t care about the criticism. I walk home with my daughter without being scared (because) the streets are crowded,” she said.

For some women, sports such as horse riding are on offer each evening.

At a club southwest of Gaza City, 22-year-old Menna Kahil is feeding her horse Ripple.

“I spend most of my time here in the evenings. I’m afraid to go out in the evening in public places alone, for fear of shelling or rocket fire,” she said.

Such weapons killed at least 49 Gazans in three days of cross-border fighting this month, according to a health ministry toll.

Despite riding for a decade, Kahil said she still comes under pressure over her chosen hobby.

“I face a lot of criticism because I’m not veiled when I ride my horse at the sea,” she said.

“Although it’s only natural — even the horses need a change of atmosphere.”

Outside the sports club, Mervat al-Ghalayini is playing pickleball, which incorporates elements of badminton, tennis and table tennis.

“I love joining anything new,” the 41-year-old said enthusiastically.

“I work in the morning and practice sports in the evening; I leave the house to go to a place where there’s light and people.”