As 90-year-old Indian woman Reena Varma stands on the balcony of the house in Pakistan where she was born, visiting on Wednesday for the first in 75 years, she recalls her playful childhood.

“I would stand here and sing,” said Varma, as her eyes filled with tears. “These are tears of joy.”

Varma has vivid memories of the day she and her family left the small, three-storey home tucked away in the narrow alleys of the garrison city of Rawalpindi, where residents showered her with rose petals on her arrival on Wednesday.

She also danced with some of the residents who beat drums as she entered the street, where she said she used to play from dawn to dusk.

Her family were among the millions whose lives were thrown into turmoil by the partition of colonial India into two states, mainly Hindu India and mostly Muslim Pakistan, when British rule ended in 1947. 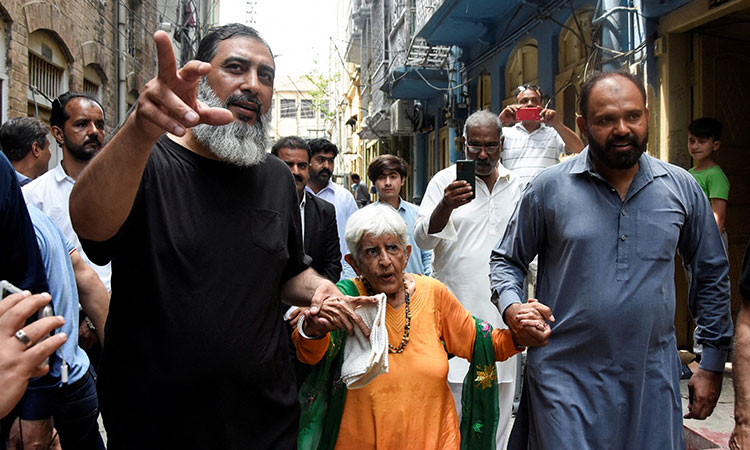 Reena Varma walks with locals along a street, while visiting her ancestral home in Rawalpindi. Reuters

“I’m very happy to see that the house stood intact,” she said after spending several hours inside recalling memories of a childhood spent with her parents and five siblings.”

At one point she burst into laughter over being unable to climb a staircase without a support, saying she had once tackled it “like a bird” countless times a day, according to a member of the family that now lives in the house.

Varma’s family fled to the Western Indian city of Pune shortly before partition. She was 14 years old at the time. The rest of the family all died without seeing their former home again.

Crossing into Pakistan by road last week after decades of attempts to get a visa, she felt a wave of emotion. “When I crossed the Pakistan-India Border and saw the signs for Pakistan and India, I got sentimental,” she said, speaking during a stop in Lahore. “Now, I cannot predict how I will react when I reach Rawalpindi and see my ancestral home in the street.” 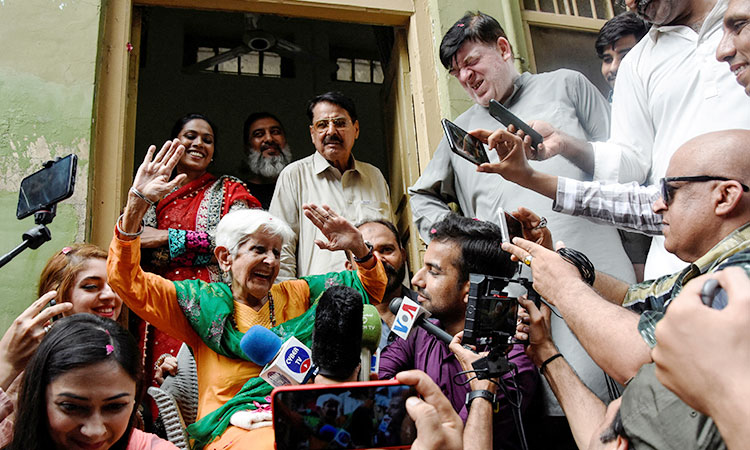 Reena Varma gestures as she speaks with media persons outside her ancestral home in Rawalpindi. Reuters

Pakistan and India have fought three wars since 1947 and relations have remained tense, making travel between the two countries near-impossible. But after decades of attempts to get a visa, Varma crossed into Pakistan last week by road at a border crossing near the eastern city of Lahore.

Varma has been trying since 1965 to get a visa for Pakistan, finally succeeding this year when the Pakistan India Heritage Club and Pakistan’s Minister of State for Foreign Affairs Hina Rabbani Khar helped with the process.

Varma is being hosted by Imran William, the director of the India Pakistan Heritage Club, which works to highlight the shared heritage of citizens on both sides of the border and reunite family members separated by partition. 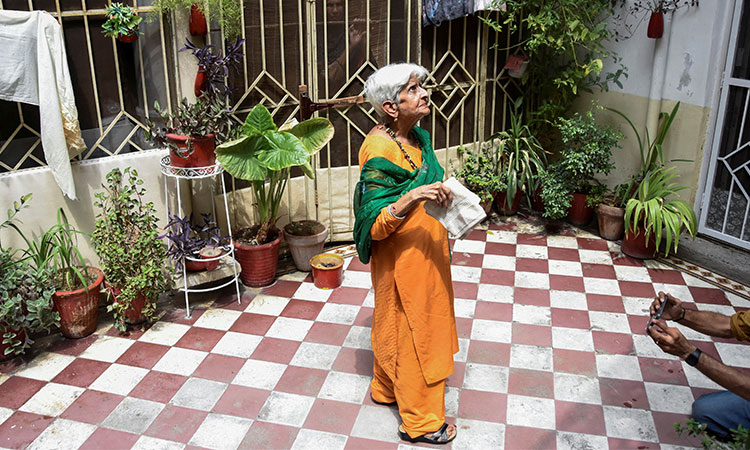 Reena Varma stands at a neighbour’s house next to her ancestral home in Rawalpindi. Reuters

The India Pakistan Heritage club run by Imran William and Sajjad Haider, which works to highlight the shared heritage of the two countries and reunite families separated by partition, helped with the process of finally getting permission to travel.

“I would urge the new generation that they work together to make things easy,” she said. “We have the same culture. We have the same things. We all want to live with love and peace.”

When she lived in Rawalpindi hers was a Hindu street, she said, but Muslims, Christians and Sikhs all lived in her neighbourhood peacefully.

“I would say keep the humanity above everything,” she said. “All religions teach humanity.”

Technology, innovation reshaping the culture of ME retail industry