Armed with blunt swords, a dozen would-be chevaliers are put through their paces in a gallant effort to keep alive European medieval martial arts taught hundreds of years ago.

But this is not a scene from Game of Thrones or the Adventures of Robin Hood — it’s a breezy Sunday afternoon in the middle of Jakarta, one of the world’s biggest megacities.

The fighters are practicing sword-fighting techniques that were honed across Europe from the 14th to 18th centuries — known as Historical European Martial Arts (HEMA).

After a quick warm-up, members of the Gwaith-i-Megyr group take turns to show off their swordsmanship outside the massive Gelora Bung Karno stadium. 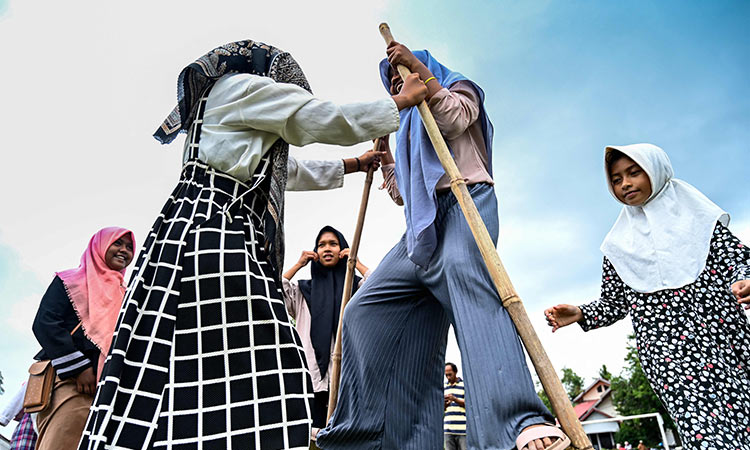 Children learn how to play a traditional game. AFP

“The training is beyond my expectation. As we spar using weapons, the adrenaline rush from attacking and defending is more keenly felt compared to hand-to-hand combat,” said Gede Indra Krisega, a 23-year-old civil servant.

The Gwaith-i-Megyr was established in 2016 after several members of a local fan club of English author JRR Tolkien — who wrote the Lord of the Rings trilogy — showed an interest in HEMA.

Nearly 50 people have recently joined the group in Jakarta and its sister branch in the Javan city of Bandung.

The group’s name means “Fellowship of Swordsmen” and comes from the Sindarin language, one of the fictional languages created by Tolkien in his novels, said Ahmad Rizal Soulisa, one of the founding members of the group.

HEMA enthusiasts usually pore over manuals left behind by past masters as they learn, train and revive the moves, Soulisa said. 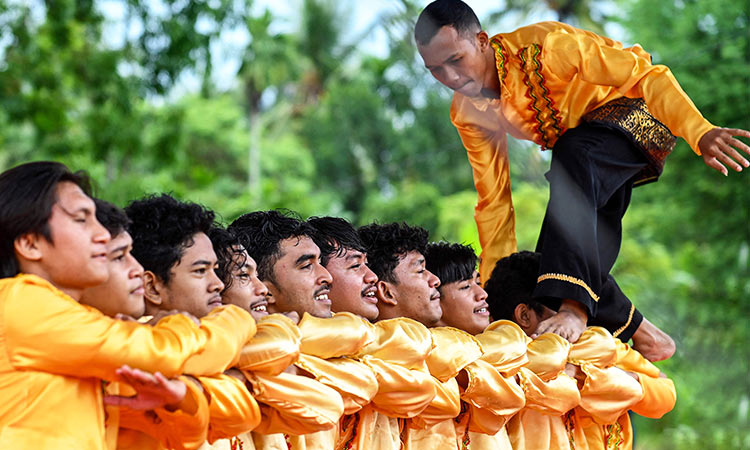 But it is not only the fighting and fandom of films that inspire the duellists — they also love studying the history of European sword-fighting.

Sekar Widya Putri did not have high hopes when she was invited by her friend to join the Gwaith-i-Megyr in 2017, but she said she has come to appreciate the education associated with HEMA.

“I love learning about such details from the arts — why we need to parry this way, which body parts that are open [to attack],” she said.

After years of training, the 30-year-old copywriter wants to see her name on the international HEMA rankings, which track tournaments around the world.

There is currently just one Indonesian on that list of 9,000 competitors — a man who took part in a Taiwan tournament in 2019.