Mussa al-Nahas sat outside his fragrance and spice shop overlooking the Red Sea beaming at the sight of Russian tourists, who are beginning to flood back to Sharm el-Sheikh six years after a terror attack.

Nahas, 42, has spent half of his life in the idyllic, sun-drenched Red Sea resort which was badly hit economically after the 2015 downing of a Metrojet plane that killed 224 mostly Russian passengers.

In the wake of the crash, Russia instituted a blanket ban on all flights to the Red Sea from 2015, and even to Cairo for a few weeks. 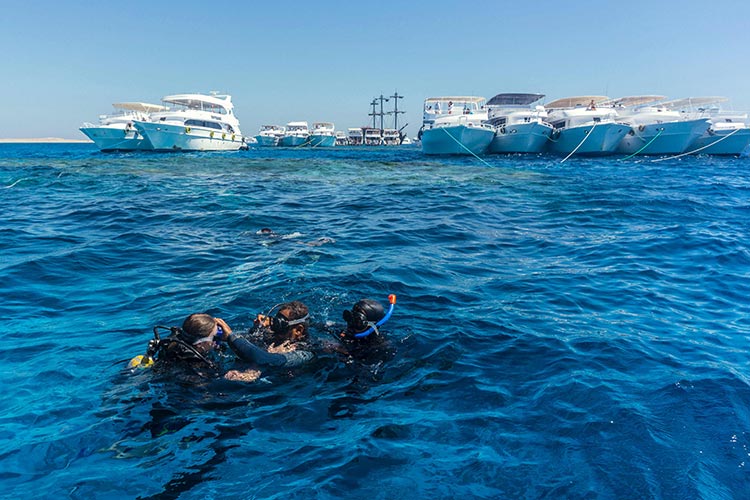 The arrival of the Covid-19 pandemic in 2020 was a double blow driving away the remaining tourists — the country’s lifeline.

Tourism represents about 10 percent of the GDP of Egypt where a third of the 100 million-strong population lives below the poverty line.

“We used to say that Sharm el-Sheikh had become a ghost town,” said Nahas.

But in August, the fortunes of Sharm — as it is affectionately known — started to look up when the first plane from Moscow touched back down at the local airport.

After years of diplomacy, the long-running ban was finally lifted.

Tour guide Abdelqader Abdel-Rahman, 30, who was preparing to take a group of Hungarian adventurers on a desert safari on quad bikes, was delighted to see the tourists milling around town. 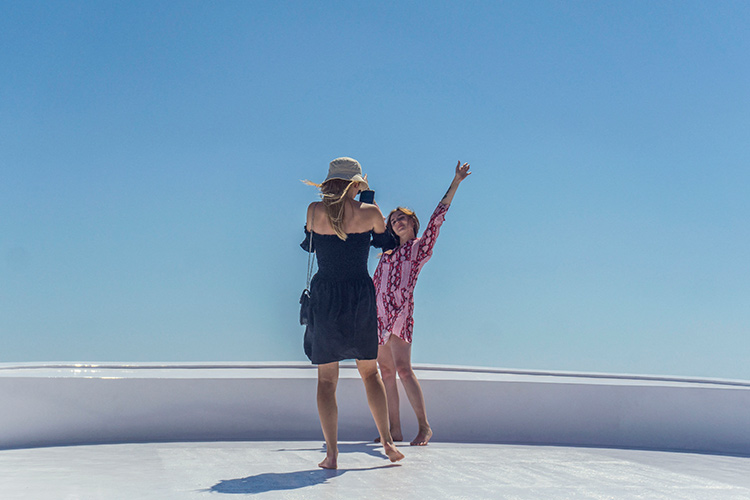 Tourists in the Egyptian Red Sea resort of Sharm el-Sheikh.

“Before 2015, there were about 120-150 flights coming from Russia weekly… We hope that things go back to what they used to be,” Abdelqader said.

Currently, there are about 20 flights from Russia landing in Sharm every week.

Capitalising on the appetite for tourism after months of global lockdowns, Egypt’s tourism ministry has waived visa fees for 28 countries including many from Eastern Europe.

In April, the country welcomed half a million tourists alone, twice as many as January, according to official figures.

Tourists are also happy to be back in the largest Arab country with plenty to explore from the pyramids in the north to the beauty of the Red Sea corals.

Sipping tea in a Bedouin tent in the desert before hitting the dunes, Hungarian Roland Juni, 41, said he had last visited a decade ago. 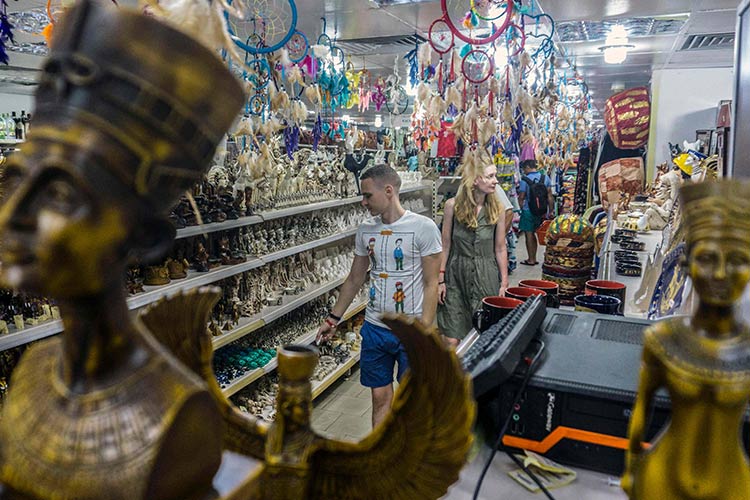 Tourist at a shop in the Egyptian Red Sea resort. AFP

“I don’t feel too many differences. I liked it 10 years ago and I like it now,” he said.

“Now I see many, many Russians here. More than before,” he added.

In 2019, before the onslaught of the pandemic, Egypt’s tourism revenues reached $13 billion. But they plummeted to $4 billion last year, a huge shock for some two million workers in the industry.

We’ve missed it a lot

Russian tourists have also been lining up for Sharm’s marine activities from snorkelling and diving to jet-skiing.

“Prices are pretty good… and the people are kind,” he told AFP, strolling the aisles.

Shopkeeper Nahas recalled his Russian doctor friend who for 11 years spent six months annually in Sharm. “We used to call him Alexei the Sharmawi,” Nahas said.

“As soon as flights were back in the air, he also came back.”