Naila Kiani (L) poses for a photo; Samina Baig (R) is now the only Pakistani woman to have conquered both Mount Everest and K2 (C).

The 31-year-old reached the top of the 8,611-metre (28,251-foot) peak early on Friday as part of a seven-member local team, and was followed hours later by a second Pakistani woman, Dubai-based Naila Kiani.

Prime Minister Shahbaz Sharif praised Baig and Kiani, with his office tweeting that both “have emerged as symbols of courage and bravery.”

Bangladeshi female climber Wasfia Nazreen also became the first person ever from her country to scale the mountain on Friday, her expedition told AFP 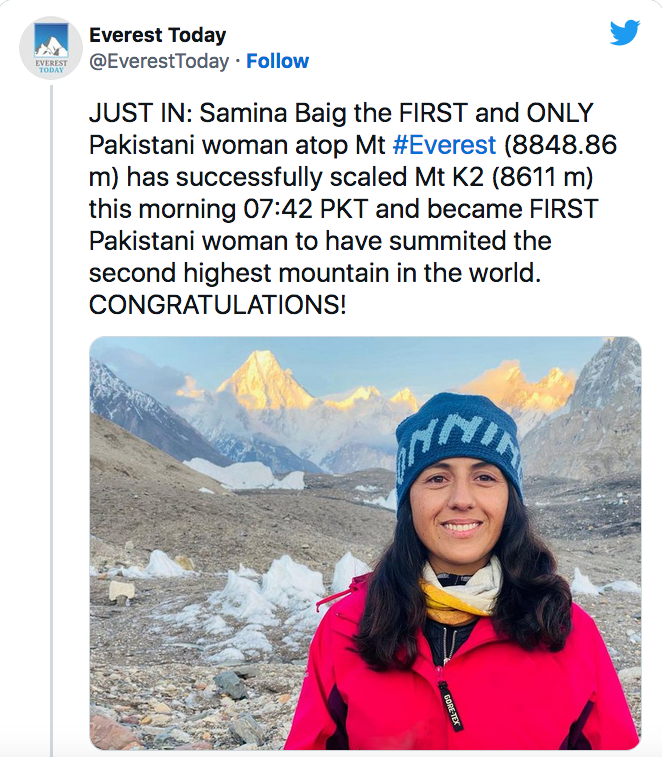 Pakistan is home to five of the world’s 14 mountains higher than 8,000 metres, and climbing them all is considered the ultimate achievement of any mountaineer. 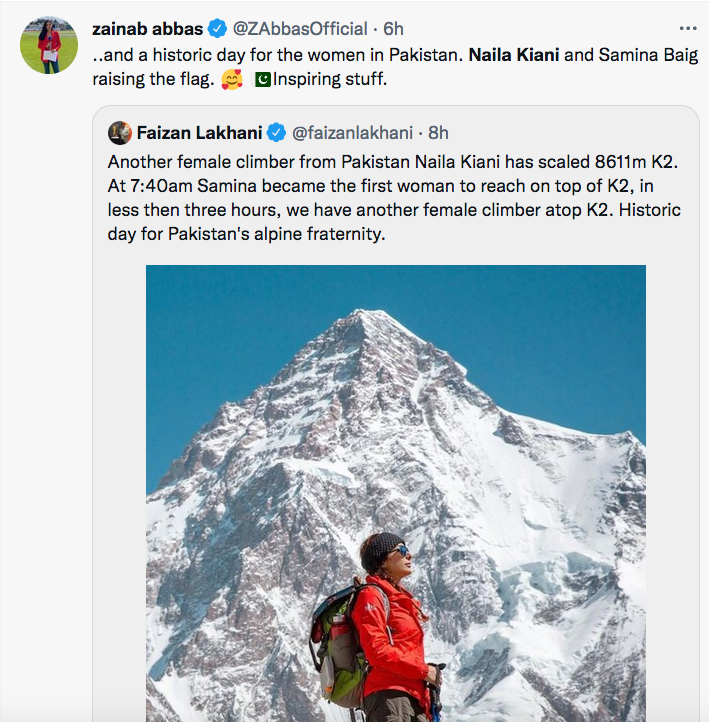 Besides being far more technically difficult to climb than Everest, K2 has notoriously fickle weather, and has only been scaled by 425 people since 1954 — including around 20 women. 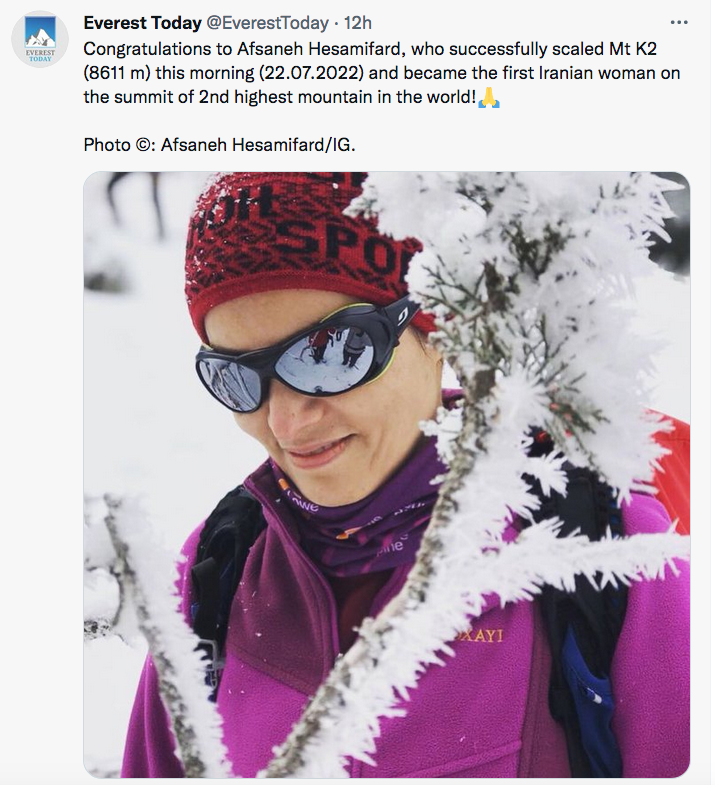 More than 6,000 people have climbed Everest since Edmund Hillary and Tenzing Norgay first reached the top in 1953 — some of them multiple times. In 2013 Baig became the first Pakistani woman to climb Everest. 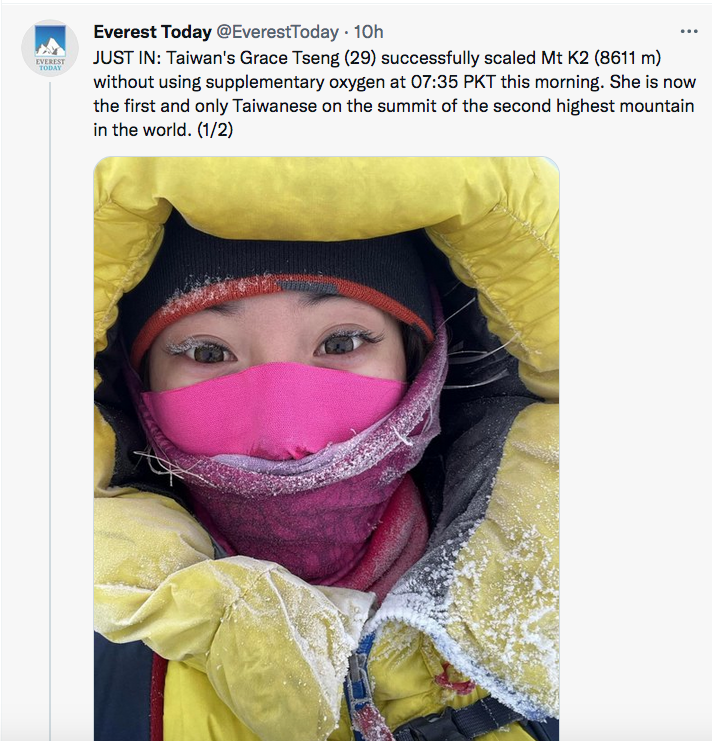 This northern hemisphere summer a record number of climbers are bidding to scale Pakistan’s treacherous peaks — including K2, known as “savage mountain”, and the notorious Nanga Parbat, nicknamed “killer mountain.”

On Thursday Sanu Sherpa, from Nepal, became the first person to complete the double summit of all 14 super peaks after he reached the top of Gasherbrum II in Pakistan. 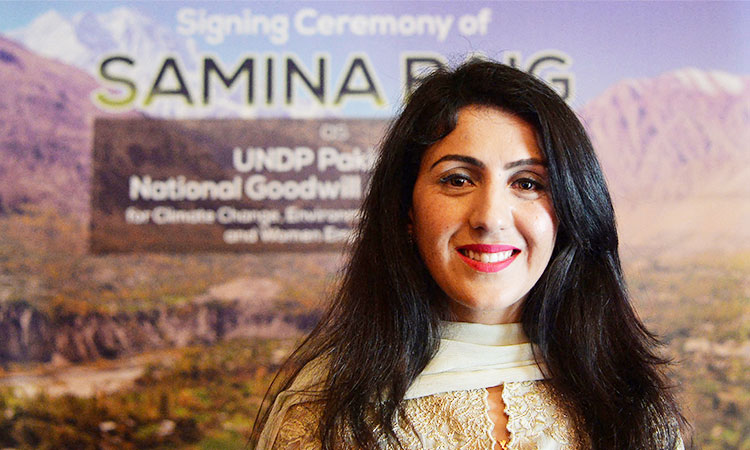 Samina Baig poses for a photograph during a ceremony in Islamabad. AFP

Kristin Harila, meanwhile, remained on track for the record of climbing the 14 peaks in the fastest time.

The 36-year-old Norwegian scaled K2 — the eighth peak of the challenge — on Thursday night in pursuit of Nepali adventurer Nirmal Purja’s record of six months and six days.

It has taken her 70 days so far, and her next target is the nearby 8,051-metre Broad Peak.

Tragedy struck Afghan mountaineer Ali Akbar Sakhi, however, who died on Thursday after suffering a heart attack on K2, his brother told AFP.