All the seven-member crew were Saudi women, including the first officer, but not the captain. Courtesy flyadeal Twitter

An airline in Saudi Arabia has completed the country’s first flight with an all-female crew, officials said, framing it as a milestone for women’s empowerment in the kingdom.

The flight operated by flyadeal, budget subsidiary of flag carrier Saudia, was from the capital Riyadh to the Red Sea coastal city of Jeddah on Thursday, flyadeal spokesman Emad Iskandarani said.

The “majority” of the seven-member crew were Saudi women, including the first officer, but not the captain, who was a foreign woman, Iskandarani said. 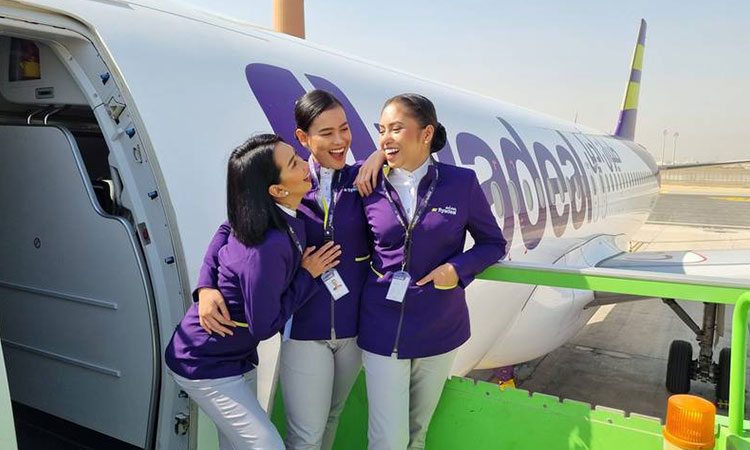 In 2019, the authority announced the first flight with a female Saudi co-pilot. 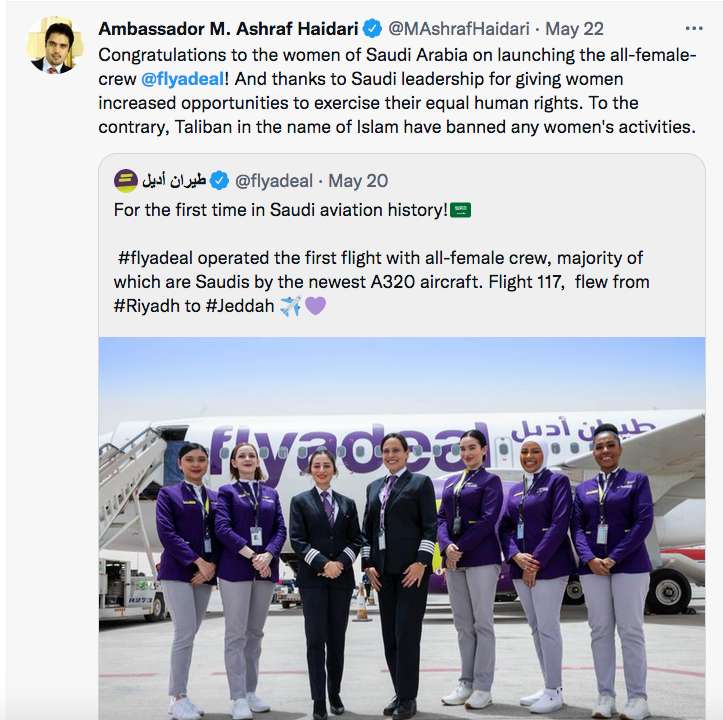 Saudi officials are trying to engineer a rapid expansion of the aviation sector that would turn the kingdom into a global travel hub.

Goals include more than tripling annual traffic to 330 million passengers by the end of the decade, drawing $100 billion in investments to the sector by 2030, establishing a new national flag carrier, constructing a new “mega airport” in Riyadh and moving up to five million tonnes of cargo each year.