As Saudi Arabia swelters in scorching desert temperatures, some of the citizens are fleeing to the ‘City of Fog ‘ — a mountainous oasis of cool weather where residents bring warm clothing even in the hot summer days, AFP reported.

The cool tourist spot, 9,200 feet, above the sea level in the Kingdom’s rugged south, is in contrast to other areas of the vast and largely desert country where summer temperature of up to 50˚C is an annual challenge. 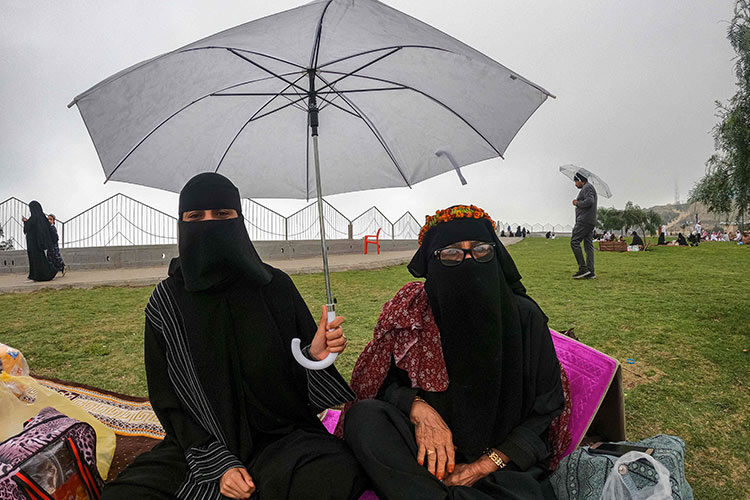 A woman holds an umbrella while she sits with another along a promontory in Al Namas. AFP

Sitting with relatives and friends on a picnic blanket, under light rain and a thick, swirling haze in Al Namas area, Saudi citizen, Abdullah Al Enizi, 45, wears a body-warmer over his traditional robes to guard against the biting weather.

At Al Namas, the humid monsoon weather keeps temperatures below 30°C, dropping to 15°C at night, while fog obscures the sun on the green hills.

It’s 46˚C in the capital and only 20˚C here, it’s 26˚C lower” says Enizi at the tourist destination. We’re escaping the heat. Here, it’s cool and the rain and fog are here nearly all the time, added Enizi, who drove about 12 hours from the Saudi capital.

Around his group of friends, families enjoy the breeze while their children run in the cool fresh air, rather than being locked in their air-conditioned homes as usual in other parts of the Kingdom. 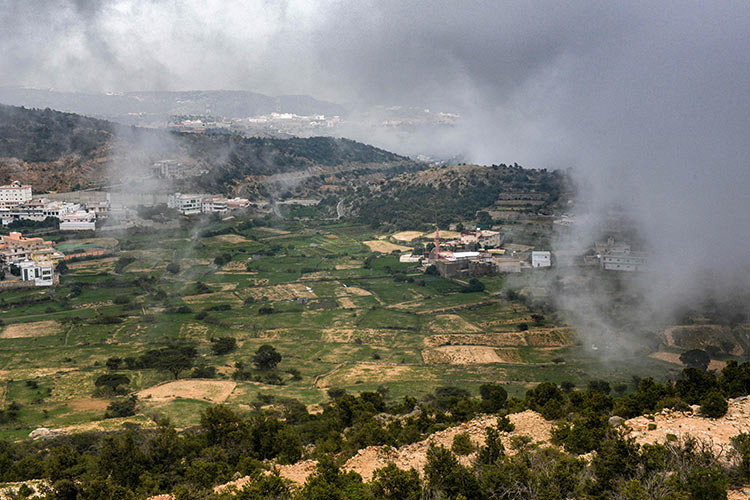 Mist covers the sky at an elevation 2,800 metres above sea level, at the Jabal Marir (Mount Marir) park in Al Namas. AFP

Group of vacationers in raincoats and woolen hats sip Arabic coffee and huddle under umbrellas as kites flutter in the wind.

Before we came, we packed all our winter stuff! says a Saudi female tourist, Nouf, who did not want to give her surname, while doing up her daughter’s coat.

Tourist authorities have built a ‘fog road’ for mountaineers and cyclists traversing a high summit that overlooks the mist-shrouded mountains in Al Namas.

Another Saudi citizen from Tabuk, Khalaf Al Juheiri, drove to Al Namas with his wife and children, to enjoy the cool weather in the ‘City of Fog.’ We really miss this weather when the temperature goes over 40˚C in summer in our city Tabuk, the 33-year-old civil servant told AFP. 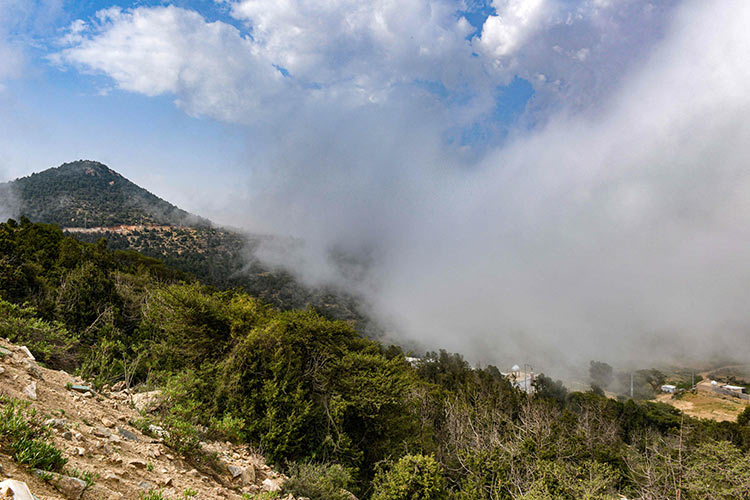 Mist covers the sky at an elevation 2,800 metres above sea level, at the Jabal Marir (Mount Marir) park in Al Namas. AFP

Summer is the peak tourist season, going from May to October, says Abdullah Al Hahri, an employee in the hospitality sector at Al Namas where winter temperatures sometimes drop to zero degrees.

At the top of a hill overlooking the green valley, Mushabab Al Omari contemplates the view, seated next to his wife. I’ve been here almost three months, said the pensioner, and I’m ready to stay another four or five months if the weather stays that way.

Palestinian girl found dead at home, conflicting reports on cause of her death