A Japanese white-eye, also known as Mejiro, drinks the nectar of a cherry blossom. AP

Thousands of people have been gathering along Washington’s Tidal Basin to take in the sights of the city’s famed cherry blossom trees in peak bloom.

The peak of the cherry blossoms is defined as the point when 70 percent of the blossoms around the Tidal Basin are open, according to the National Park Service. 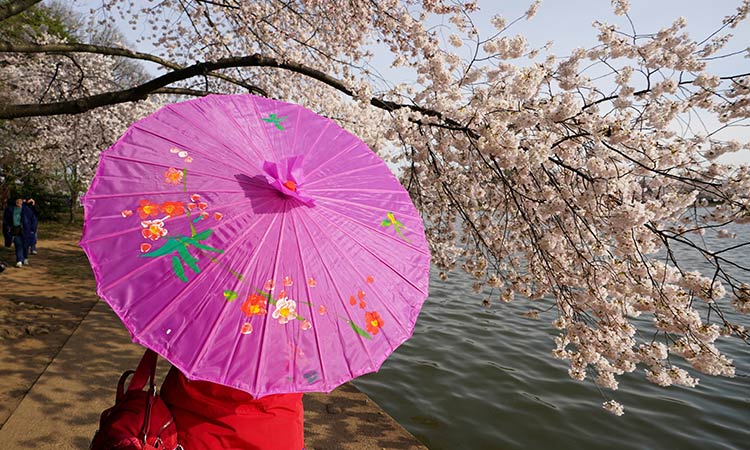 A woman from Malaysia holds an umbrella as she views cherry blossoms in peak bloom along the Tidal Basin. Reuters

The beloved blossom trees were given by Japan in 1912 to the United States as a friendship gift, according to Reuters.

The Annual cherry Blossom Festival, which started this weekend and runs until April 17, commemorates the gift of the nearly 3,000 trees and celebrates the relationship between the two countries. 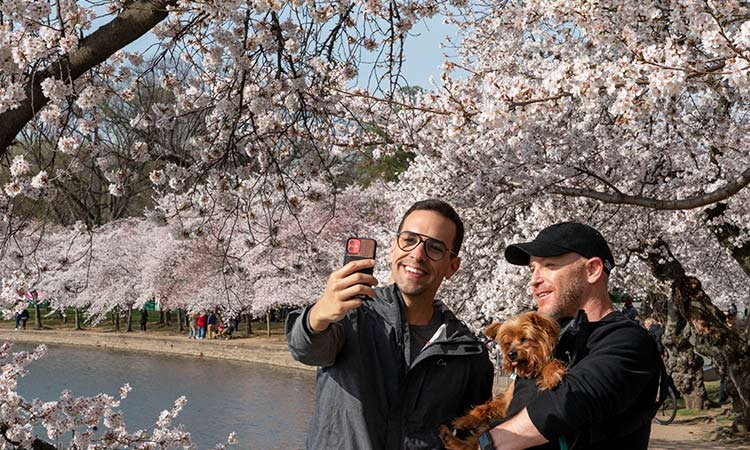 People pose for pictures amid cherry trees that are in full bloom around the Tidal Basin in Washington. AP