Pillars at the archaeological site of Gobekli Tepe in Sanliurfa, Turkey.

On a sun-blasted hillside in southeast Turkey, the world’s oldest known religious sanctuary is slowly giving up its secrets.

“When we open a new trench, we never know what to expect,” said Lee Clare of the German Archaeology Institute, who has been excavating there since 2013.

“It is always a big surprise.”

Gobekli Tepe, which means “Potbelly Hill” in Turkish, is arguably the most important archaeological site on Earth.

Thousands of our prehistoric ancestors gathered around its highly-decorated T-shaped megalith pillars to worship more 7,000 years before Stonehenge or the earliest Egyptian pyramids.

Academics believe the history of human settlement began in these hills close to the Syrian border some 12,000 years ago when groups of Stone Age hunter gatherers came together to construct these sites. 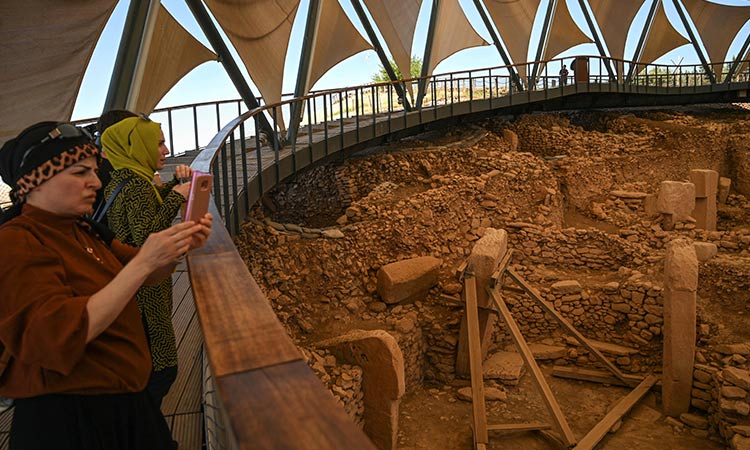 Gobekli Tepe — which some experts believe was never actually inhabited — may be part of a vast sacred landscape that encompasses other nearby hilltop sites that archaeologists believe may be even older.

None of which anyone would have guessed before the German archeologist and pre-historian Klaus Schmidt began to bring the first discoveries to the surface in 1995.

German and Turkish archaeologists have been labouring in the sun there since, with lengthening queues of tourists now joining them to ponder its many mysteries.

When exactly it all began is even unclear.

“However, the oldest Egyptian monument, the Pyramid of Djoser at Saqqara, was built around 2700 BCE,” more than seven millennia after Gobekli Tepe.

“This was the end of what is often thought of as Stone Age hunter gatherer societies and the beginning of settled societies,” Lawrence added.

“There remain endless mysteries surrounding the site, including how labour was organised and how the sites were used,” he said.

Gobekli Tepe has even inspired the Netflix sci-fi psychological thriller series “The Gift”, which turns on one of the ancient inscriptions on its pillars. 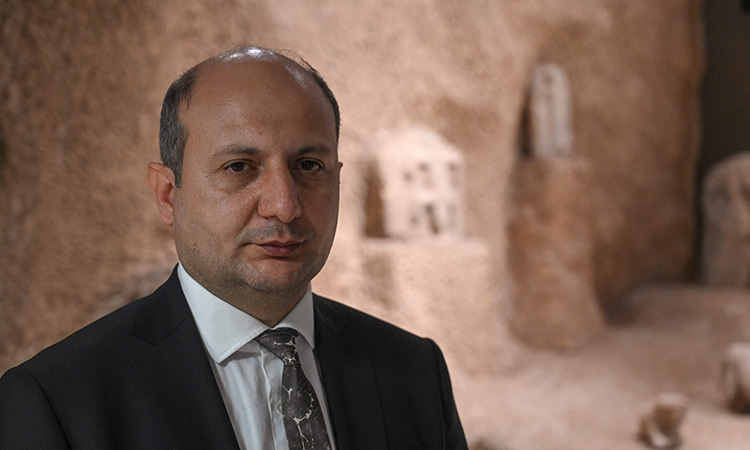 Schmidt — who often wore a white traditional turban on the dig — puzzled over the megaliths carved with the images of foxes, boars, ducks, lizards and a leopard for over two decades until his early death at the age of 61 in 2014.

The site was initially believed to be purely ritual in nature. But according to Clare, there is now “good evidence” for the beginning of settled life with some buildings similar to those of the same age found in northern Syria.

Turkey — which in the past has not been renowned for making the best of its vast archaeological heritage — has wholeheartedly embraced the discoveries.

The items excavated from Gobekli Tepe are shown in the impressive archaeological museum in the nearest city, Sanliurfa, which is itself so ancient that Abraham is believed to have been born there.

Indeed its new museum built in 2015 boasts “the most extensive collection of the neolithic era in the world,” according to its director Celal Uludag. “All of the portable artifacts from Gobekli Tepe are exhibited here.”

“This is a journey to civilisation, (to the) zero point in time,” said Aydin Aslan, head of Sanliurfa Culture and tourism Directorate. 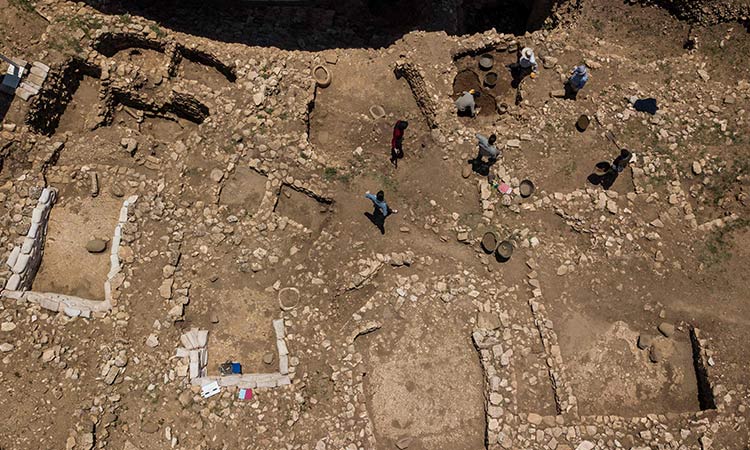 Archaeologists and workers at the archaeological site of Gobekli Tepe. AFP

Last year Turkey’s culture ministry boosted funding for furher excavations in the region as a part of its “Stone Hills” project, including cash for the Karahan Tepe hilltop site — around 35 kilometres from Gobekli Tepe — which some suspect is even older.

“We will now go deeper because Gobekli Tepe is not the one and only,” Culture Minister Nuri Ersoy said last year.

The extra funding “gives us a fantastic opportunity to compare our results from Gobekli Tepe with new sites in the Sanliurfa region of the same age,” Clare said.

Gobekli Tepe has also breathed life back into a poor and long neglected region, which has been further hit by the civil war just across the border. Syrian refugees now make up a quarter of Sanliurfa’s population.

Over one million tourists visited Sanliurfa in 2019 and the city expects to reach pre-pandemic levels this year.

“Today Gobekli Tepe has started directly touching the economy of the city,” Aslan said, who hopes that its glorious past could be a key part of the city’s future.