A Vietnamese man who tried to row 2,000 kilometres from Thailand to India to see his wife was in custody on Thursday after being rescued off the Thai coast, a senior navy official told AFP.

Ho Hoang Hung set off from the Thai holiday island of Phuket in an inflatable rubber dinghy, equipped with water and instant noodles but no navigation system, planning to cross the Bay of Bengal near the start of cyclone season.

A fishing boat found the 37-year-old on Wednesday near the Similan Islands, about 80 kilometres off the Thai mainland, and contacted the navy’s maritime security unit, which came and rescued him. 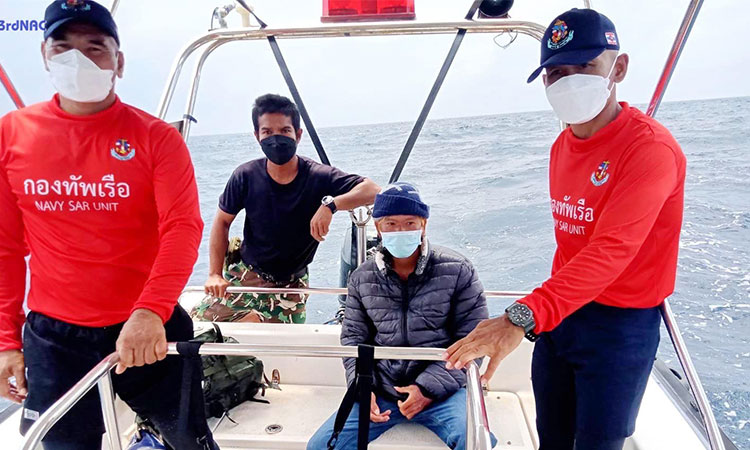 Ho told officials he was trying to reach his wife, who works in Mumbai, after spending two years apart because of COVID-19 travel restrictions, Captain Pichet Songtan from the Thai Maritime Enforcement Command Centre told AFP.

Pichet said the man was found with no map, compass, GPS or change of clothes, and only a limited amount of water.

He had initially flown to Bangkok but found that without a visa he could not travel on to India, and so took a bus to Phuket, where he acquired the dinghy.

After setting off around March 5, Ho was apparently held up by headwinds, making limited progress in the two weeks before he was found. Thai officials said Ho will be returned to Phuket for further questioning. “We have contacted the Vietnamese embassy as well as Indian embassy but not had a reply yet,” Pichet said.